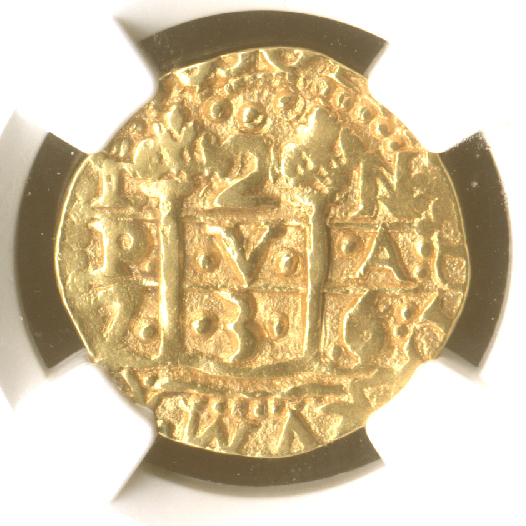 Lustrous, well centered and well struck, near mint state (NGC AU 55). The only collectible specimen of the two known (the other 1736 is an ex-jewelry coin with impaired surfaces and cut down to 5.6 gm). The original mintage was 864 coins. NGC has noted the double overdate: 1737 over 36 over 35. All Lima two escudos of the post-Fleet era and Philip V’s second reign must be considered very rare. From the entire 32 year period (1716-1747) a total of five collectible Lima two escudos survive (plus two in the ANS Collection).

The double overdate 1736/5/4 should not be surprising, considering that typical mintages of two escudos in this era were about 1000 coins. The dies used to strike this coin began their working life in 1734 and possibly (judging by the absence of deterioration) continued to strike two escudos into 1737 (no 1737’s survive to confirm this). More than 98% of the 1736 gold mintage was produced as 8 escudos. Again, this is typical for the era, and leaves one to wonder about the commercial purpose of (obsolete?) denominations like the one and two escudos. 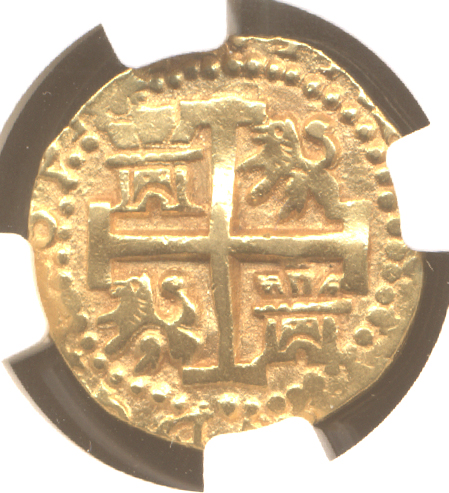 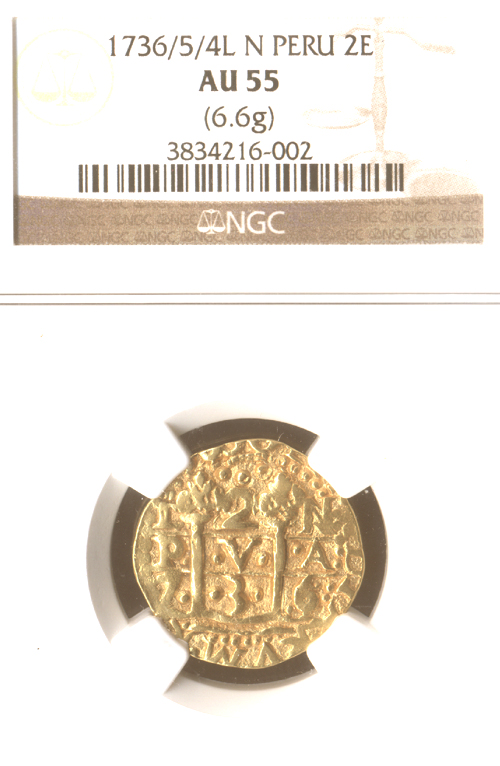