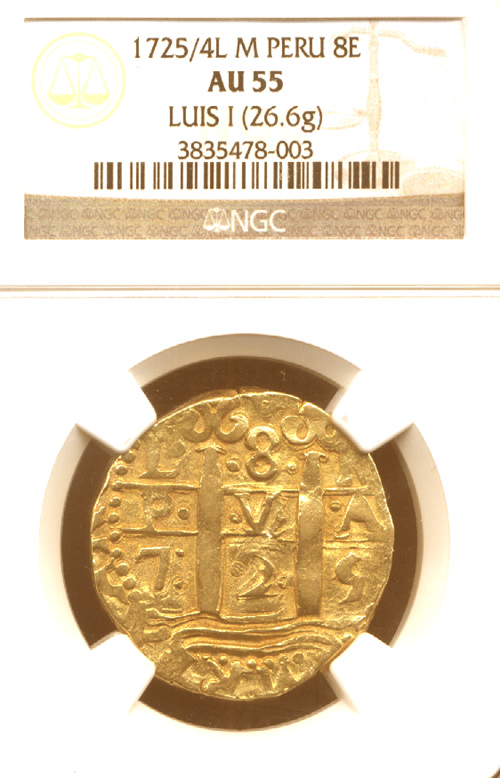 One year posthumous issue in the name of Philip’s son Luis, who had reigned less than 7 months in 1724. Lustrous near mint state, well centered, well struck, and tied for the finest known. NGC AU 55 LUIS I.

The young king Luis I died August 31st, 1724, after a brief illness. His doctors diagnosed smallpox. His father, Philip V, had abdicated in his favor in early January. Now Philip was forced to resume the throne. For some reason, a letter had not been sent to the Lima mint in 1724 ordering the mint to begin striking its coinage in the name of Luis, Ludovicus in Latin. Without that order Lima had to continue striking the 1724 coinage in the name of Philip. Lima knew by October that Luis was dead and Philip was resuming the throne. Though a copy has not yet been found in the archives, Philip in late 1724 must have written the Lima mint, ordering them to strike the 1725 coinage as a memorial issue in the name of his dead son.

Though more than two dozen 1725 Lima 8 escudos have survived, none is a fully mint state specimen and only two choice AU coins come close. When a date like 1725 is sin naufragio (“without benefit of shipwreck”), it is not unusual for no fully mint state coins to have survived. If a collector wants Luis I Lima onza, a one year posthumous issue, there is no better example of that issue than the present coin. 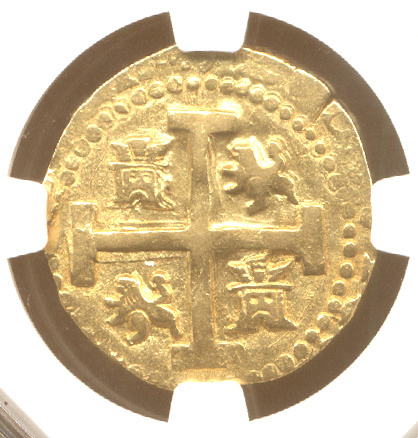