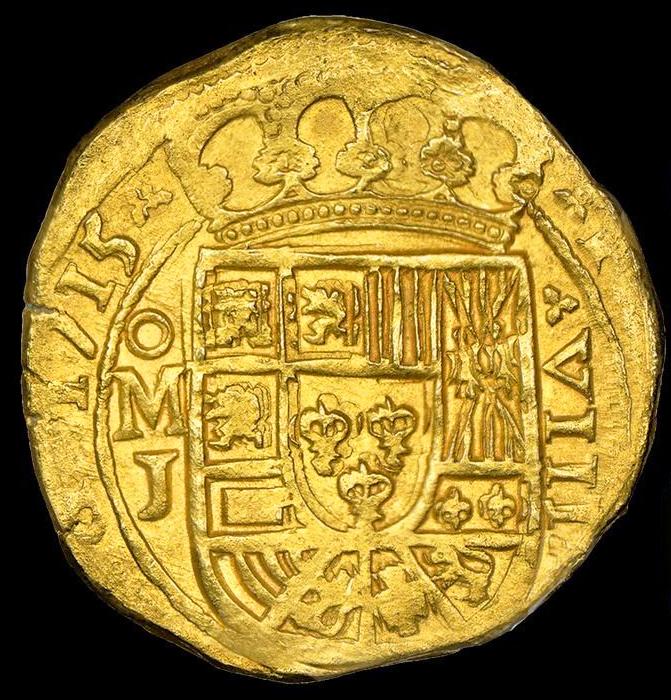 Viceroyalty of Nueva Espana. Mexico 1715 Mo J 8 escudos. NGC MS 63 1715 Fleet. Choice mint state,  lustrous, and struck in high-relief .  One of the finest example of one of the most sought after Fleet coins.

After the experiments and improvements of 1714, 1715 saw the first year of standardized gold production at the Mexico City mint. On the onza dies, a larger Mo mint mark replaced the mint mark used for most of 1714, triangular stops were placed above and below the VIII denomination, and a new style of crown was chosen. Otherwise, the Bourbon shield of 1714 was unchanged and would remain the same until the end of the cob coinage in 1732.

When Admiral Ubilla’s Nueva Espana Fleet left Vera Cruz on May 6, 1715, it carried more than 5 million pesos in gold and silver, including a portion of the gold coinage that had just been struck at Mexico City in January-April of 1715. We don’t know how many 1715 onzas sailed with Ubilla, but enough so that after the Spanish salvages of 1715-17 about 60-70 1715 onzas were left for modern salvors to recover.  Without the salvages from the 1715 Fleet, 1715 Mexican gold would be unknown and uncollectible. Confirming that the original mintage were probably quite low, no 1715 Mexican 8 escudos were known to scholars or collectors before 1963. 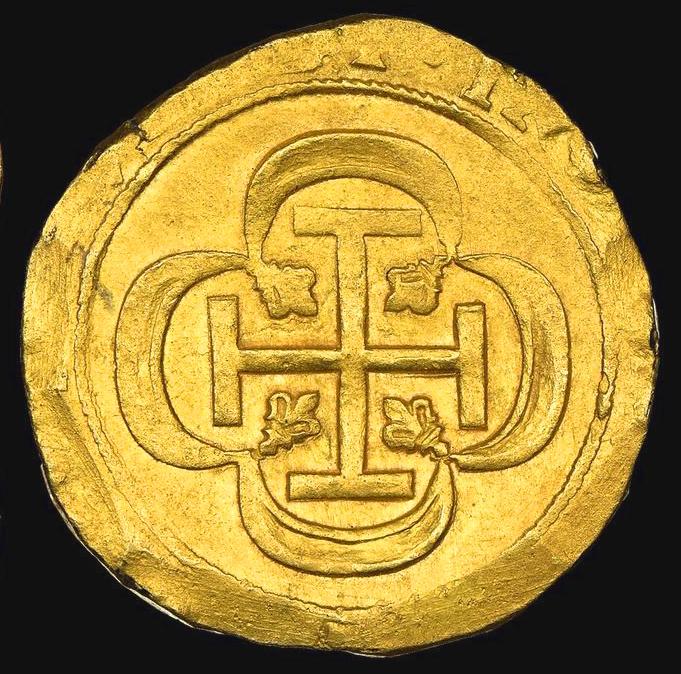 Our die study of the 1715 coinage confirms that two shield dies (and at least two cross dies) were used to strike the all of the 1715 Mexican 8 escudos that have survived to us. This coin shows us the somewhat rarer 1st Shield (and Cross A die). Diagnostics of the 1st shield include fleurs with truncated tops in the Bourbon escutcheon. These are set low and angled slightly left. The inner border also touches the crown. One die would likely have sufficed for the January-April production, but Mexico City seems to have preferred to use its dies  simultaneously. Despite better dies and better planchet preparation, Mexico City continued to adjust the weight of struck coins by multiple faceting, somewhat undermining their apparent desire to present more attracive round coins. Lima and Santa Fe adjusted their gold coins on the edge, but Mexico City persisted in surface faceting throughout the cob era. For some reason, doubling was also a conspicuous problem in 1715 (mercifully absent here). More than a third of 1715 onzas show unattractive large-scale doubling of the shield or cross. Mexico City seems to have solved the double striking problem shortly after 1715 by resorting to a mechanical press to strike its limited gold production. 1715 may have been the last year at Mexico City for hand-struck gold cobs. 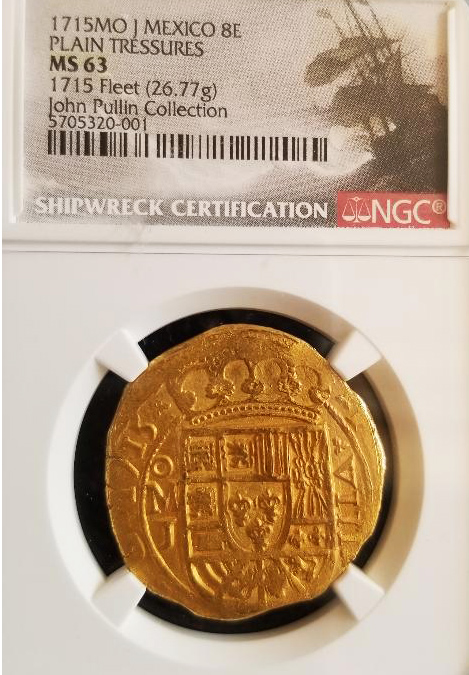