Ornate Cross design of 1711. Near mint state with a four digit date (very rare as such). Struck on a huge (37 mm) planchet and with beautiful golden color. NGC AU 50 1715 Fleet. The finest seen by either service, and without question one of best, if not the best, example of the ephemeral Mexican Ornate Cross coinage. SOLD 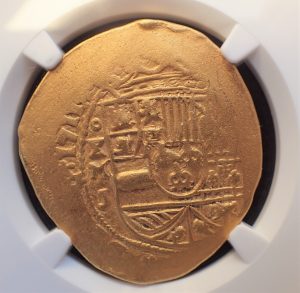 At the beginning of 1711 the office of tallador mayor (chief die sinker) passed to the very wealthy Don Pedro Sanchez de Tagle, 2nd Marquis of Altamira. Apparently Altamira was inclined to some design changes. The Bourbon shield of Philip could not be touched but the Box-end cross design that had been used throughout the reign of the previous virrey, a man Altamira hated, was unceremoniously dumped. In its place appeared a design without precedent in Mexican or Spanish coinage. Four ornate scalloped-shaped tressures with recurved ends arc between and sometimes (as here) connect the crossbars of the Jerasalem cross. Scholars are baffled by what this design is meant to represent. In a minor concession to tradition design, the four fleur-de-lis that sit in the angles of the cross stylistically resemble the fleurs used on the Box-end crosses (1700-1711). 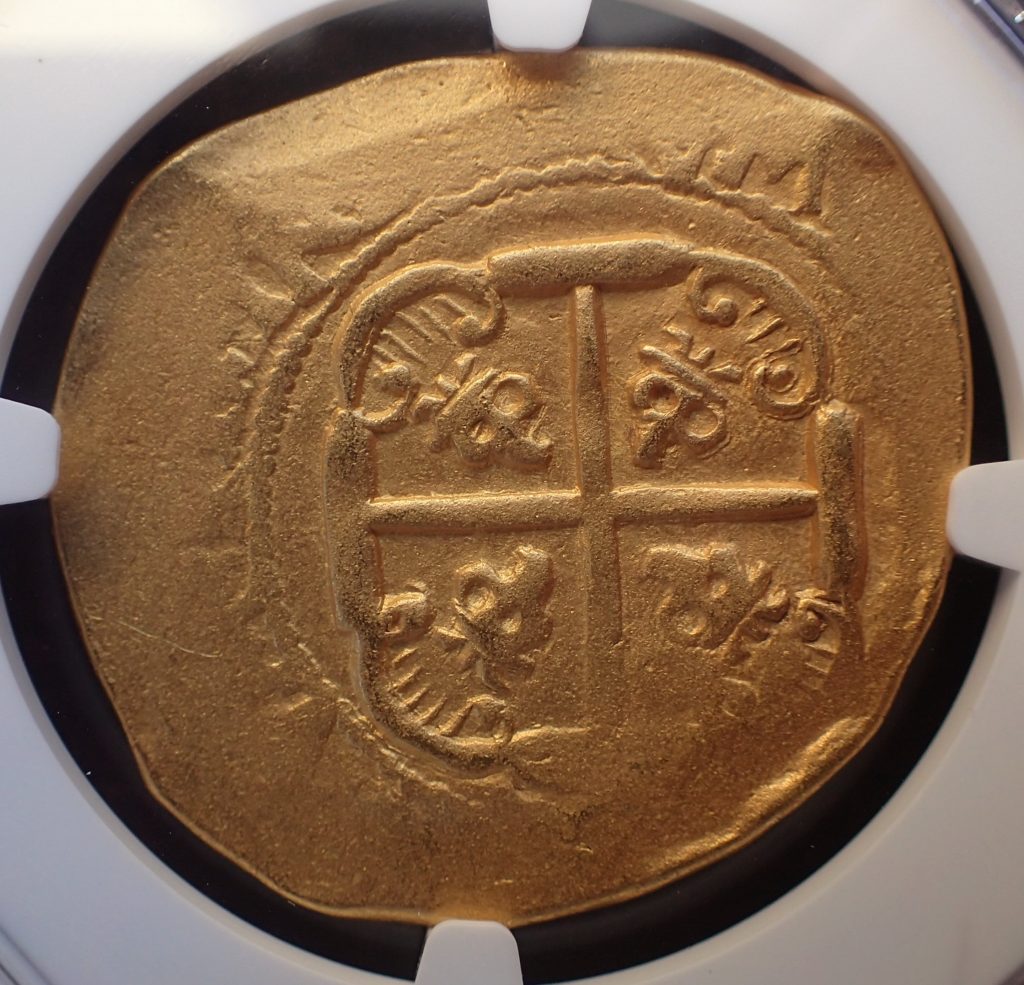 The Ornate Cross design continued in use well into 1712, possibly accounting for almost all of the 1712 mintage. To complicate matters, sometime in 1711 Mexico City also introduced a second novel cross design, the Cross Fleury. Mexico City apparently struck both Ornate Cross and Cross Fleury designs in 1711 and 1712 before settling on the Cross Fleury design exclusively for 1713. All dated 1711-12 Mexican onzas are rare. No examples of the Ornate Cross coinage were known to scholars before the salvages of the 1715 Fleet. Eight 1711 Ornate Cross onzas with some legible date have surfaced in the last 50 years. Three of these, including the present coin, show four digits. No mint state 1711-12 onzas exist. 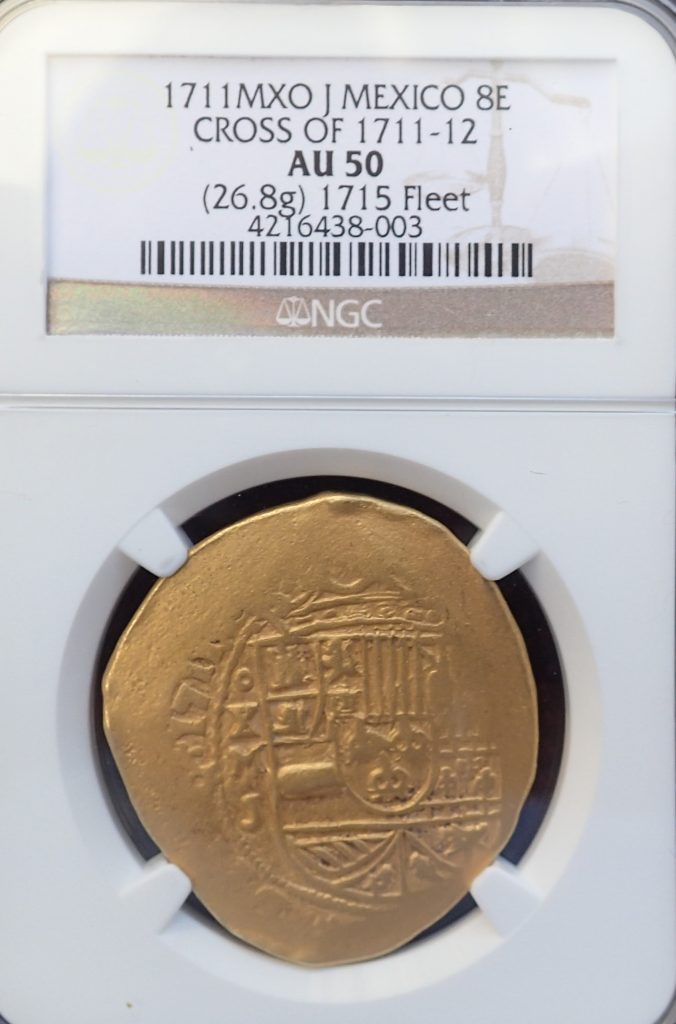