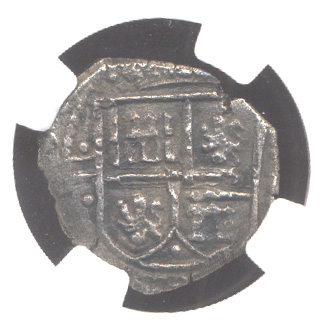 The Potosi mint scandal of the 1640’s forced Philip IV to redesign all of his New World silver coinage. Santa Fe de Bogota readily adopted the new pillar and waves designs in the fall of 1651. Never a prolific silver mint, in the final year of Philip IV’s reign Santa Fe produced a meagre 21,000 pesos of silver, mostly as 8 and 4 reales. For comparison, in that same year Potosi struck more than 3.4 million pesos in silver. 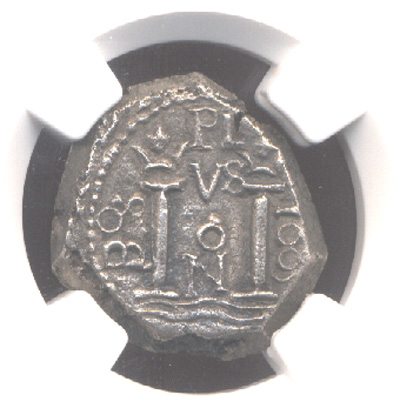 As an experiment, or more likely by error, on the single die associated with the 1665 two reales coinage, the Santa Fe mint mark appears as NO, not the correct NR or NOR. No other silver or gold issue of Santa Fe represents Nuevo Reino with an NO mint mark. Long-serving assayer Pedro Ramos also sees his name abbreviated not as POS but BOS, surely in error. Another unique of the 1665 issue, as far as is known, is the placement of the abbreviated motto PLUS [ommited ULTRA] between redesigned pillars and capitals and directly above NO. All in all, it seems likely Santa Fe acquired a new (and inexperienced) die cutter in 1665.

While the treasurer and assayers of the Potosi mint ended up in prison (or worse), Santa Fe avoided any hint of scandal under treasurer Antonio de Vergara Azcarate (1638-84) and assayer Pedro Ramos (1642-76). Santa Fe was in fact the only Spanish Colonial mint whose coinage was not the subject of a royal investigation under Philip IV or his son Carlos II. 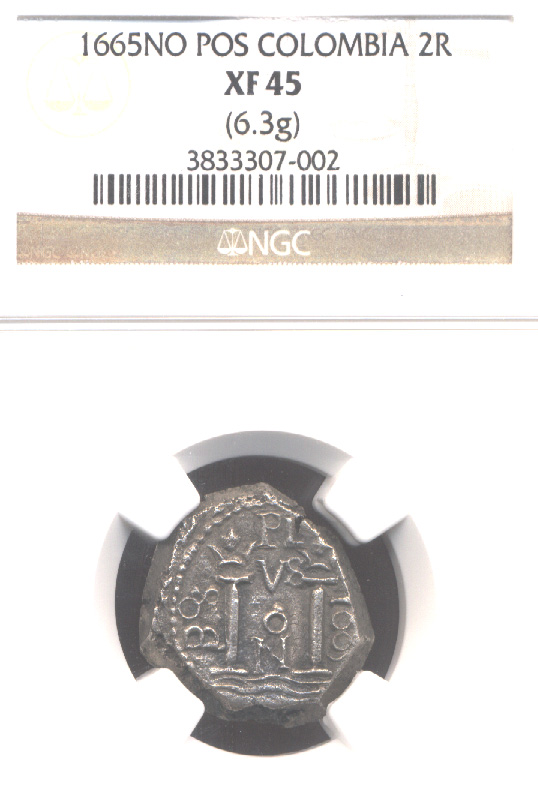