Two sets of dies struck the 12,289 two escudos coined in 1703, all in the second half of the year. 12,289 is more than twice any previous annual mintage and indicates an increased role in commerce for the two escudos. 34,562 onzas were struck in the same year, meaning that a record 8% of the 1703 gold coinage was coined as two escudos. Before the salvages of the 1715 Fleet, exactly one (VF) 1703 two escudos was known to numsmatists. The Fleet has yielded eight specimens of the 1703 two escudos, two absorbed into the Florida State Collecton, including State coin #11.00167 (pictured in Craig). All Fleet 1703’s appear to come from the Douglass Beach site, (mis)identified as the wrecksite of the Mexican patache Nieves. 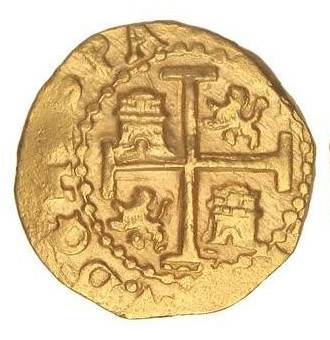 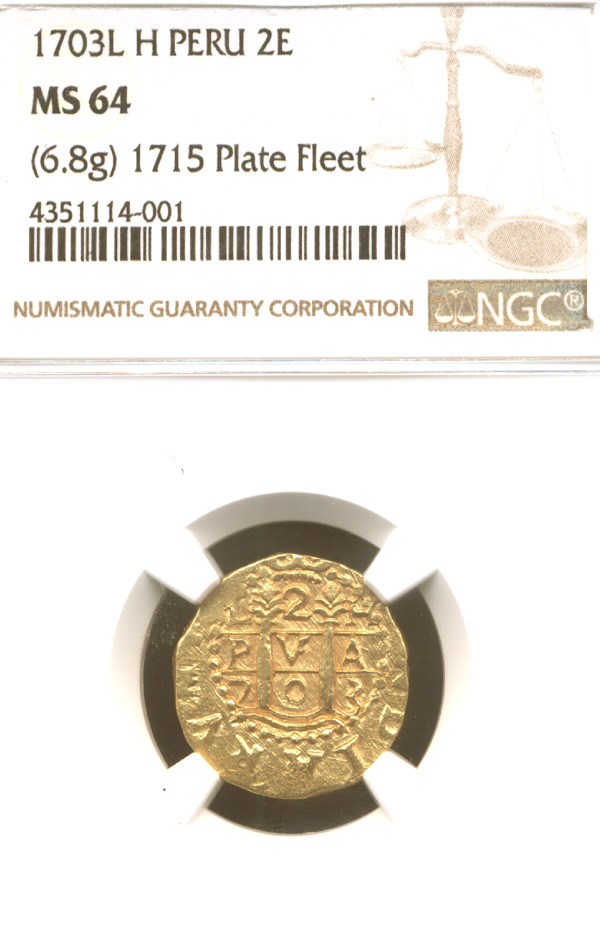