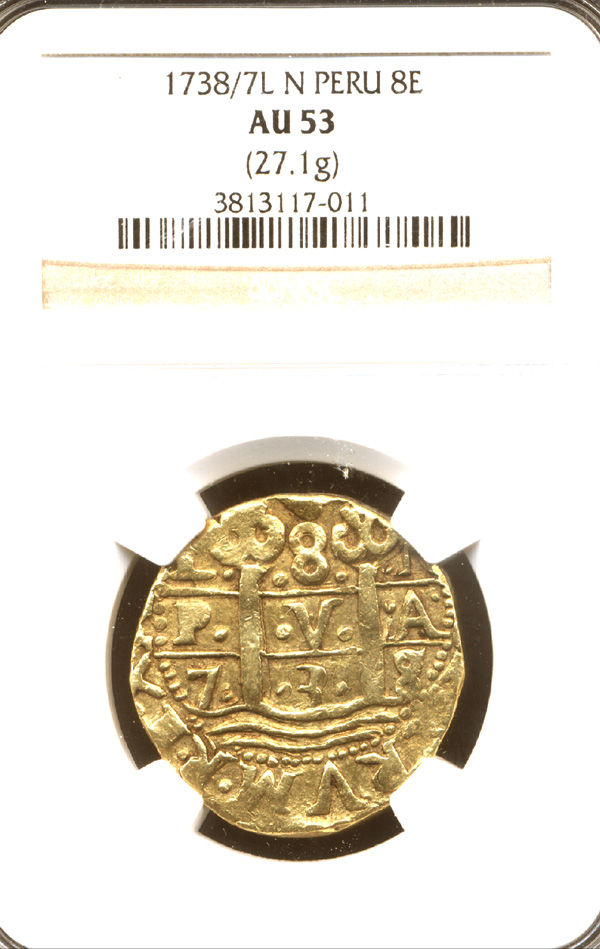 Lustrous near mint state. No mint state 1738 onza have survived. This is the finest of three AU specimen known for this notoriously difficult date.

Ironically, 1738 was one Lima’s highest production year for escudos, but with no shipwreck or land hoard to preserve some minty specimens, we are left with about a dozen well-circulated, lower grade coins and three AU’s. A Spanish auction house sold one of the AU’s in 2013: nice luster but badly off center. Uncertified, it still realized $6000. A second AU, certified AU 50, sold privately for the same price: it has conspicuous flat areas including one the makes the last digit of the date unreadable! The coin offered here is the best of the surviving 1738 Lima onzas.

Overdates such as have here, 1738/7, are not especially rare in the high production years of assayer Negron’s (N) tenure. To stimulate declining mine productin, Spain had recently reduced the 20% quinto in Peru to 10%. Mine owners rushed to take advantage of this tax break and coin production rose sharply. No workable dies were discarded. 1737 dies that were still usable at the end of the year were simply redated to 1738. A large delivery of gold from the mint on March 8, 1738 contained 8 escudos (such as this one) from at least two 1738/7 onza dies. 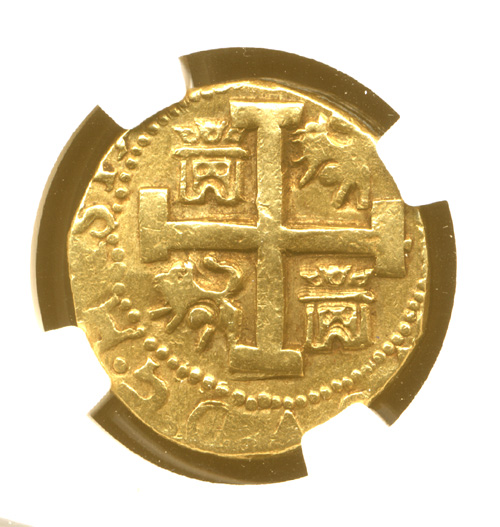